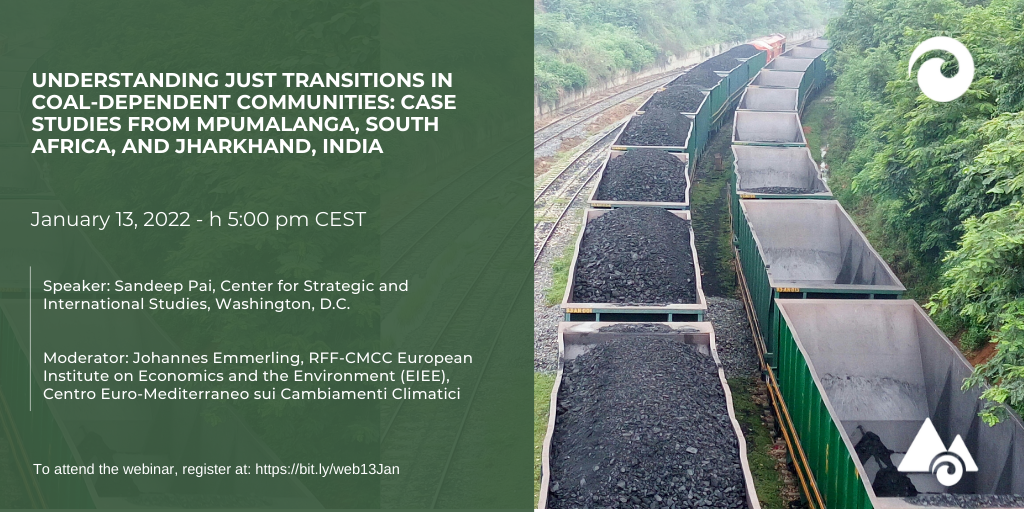 The world has already warmed to over 1°C above pre-industrial levels, largely due to the burning of fossil fuels such as coal. This is causing ever-increasing rates of climate-related events such as floods, droughts, and wildfires. Any steps to keep global warming well below 2°C, a target en­shrined in the Paris Agreement, would require rapid reduction in the use of fossil fuels—particularly coal. Although some Organization for Economic Cooperation and Development countries have already made plans to phase out coal-based power, attaining Paris Agreement goals would require large coal-dependent emerging economies, including South Africa and India, to also reduce their long-term dependency on coal. In both South Africa and India, coal transitions will likely have an outsized impact in certain areas because of the concentration of coal production in a handful of states. We focus on Mpumalanga and Jharkhand—two prominent coal-dependent regions in South Africa and India and analyze coal dependency and just transition prospects in these jurisdictions. We explore coal-related socio-economic dependency in Mpumalanga and Jharkhand and investigate the following key elements of just transition planning: (1) the challeng­es and opportunities associated with diversification of provincial/state economies’; (2) the pros­pects for environmental rehabilitation of coal mines and power plants; and (3) the landscape of stakeholders important for just transition planning, including underrepresented stakeholders. Overall, the study finds that phasing out coal in emerging economies will require a nuanced understanding of coal ecosystems and key elements of just transitions in regional contexts. This study illus­trates key considerations for just transition planning in emerging economies based on the above case studies.