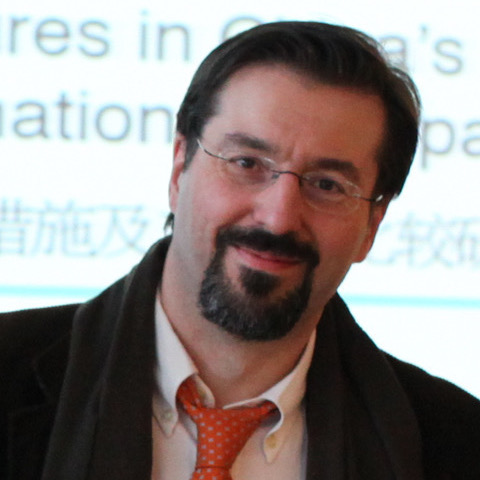 Andrea holds a degree in Economics from Bocconi University, Milan, an M.Sc in Environmental Economics from the University College London and a Ph.D in Economics from the Katholieke Universiteit Leuven. He is a Scientist at the Euro-Mediterranean Centre on Climate Change (CMCC) and Senior Scientist at the RFF-CMCC European Institute on Economics and the Environment (EIEE). He has been is a Senior Researcher at Fondazione Eni Enrico Mattei (FEEM) and visiting Chief Researcher in Economics at the Laboratory of Climate Research, Far Eastern Federal University, Vladivostok, Russia. Andrea has also been a consultant at Ref., (www.ref-online.it, Milan), scientific adviser at the Abdus Salam International Centre for Theoretical Physics (www.ictp.it) and researcher at the Centre for Economic Studies, Katholieke Universiteit Leuven (www.econ.kuleuven.ac.be, Leuven, Belgium).

Andrea has contributed and contributes to research on the nexus between energy and the environment (in terms of the role of energy security, energy efficiency and energy demand in climate change mitigation), on energy externalities, and on the impacts of climate change on the world economy, with a focus on impacts on the energy and tourist sectors.

Andrea has been scientific coordinator of the FP7 European project SECURE (on energy security in Europe), has coordinated the scientific contribution of FEEM and CMCC within several European research projects, and has contributed to several national and international projects for both institutions. He is involved in the national and European policy debate on adaptation to climate change, as lead author for energy and tourism for the 2016 EEA Climate Change Impacts and Vulnerabilities Report, as sector coordinator for Tourism within the Italian National Adaptation Strategy and as sector coordinator for energy and tourism within the Italian National Climate Change Adaptation Plan (both tenders of the Italian Ministry of the Environment).

Study on adaptation modelling - Recommended approach to analysis and modelling