Global Excellence in Modelling of Climate and Energy 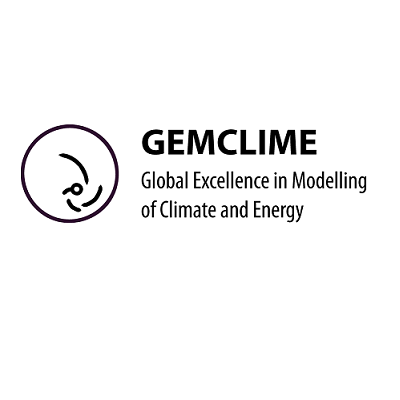 GEMCLIME is a Marie Sklodowska-Curie Research and Innovation Staff Exchange (RISE) project, funded within the framework of the European Union’s Horizon 2020 research and innovation programme. The global GEMCLIME project focuses on major aspects of energy economics andclimate change, which is a prime example of an important global and complex scientific and policy problem.

GEMCLIME project focuses on major aspects of energy economics and climate change, which is a prime example of an important global and complex scientific and policy problem. GEMCLIME covers the drivers of climate change, the examination of climate change and energy-related risks and vulnerabilities, the valuation of economic impacts of climate change mitigation and adaptation policies, and the investigation of major policy responses to global climate and energy challenges.GEMCLIME follows an integrated approach to modelling the impacts of climate and energy policies. The analysis of drivers, impacts, and responses to climate change attributes particular attention to the economics of renewable energies and the valuation of non-marketed goods. While GEMCLIME is focused on fundamental economic research, the results also provide support to evidence-based policy. GEMCLIME aims at supporting research mobility between the EU on one side, and the USA, Canada, New Zealand, Australia, South Africa, Singapore, and Chile on the other side.