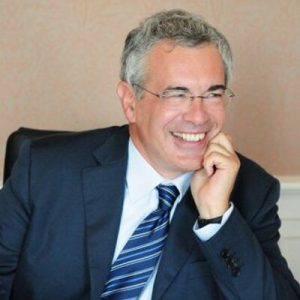 He is President of the European Association of Environmental and Resource Economists (EAERE) for the biennium 2018-2019.

In 2008, he was elected Vice-Chair of the Working Group III and Member of the Bureau of the Nobel Laureate Intergovernmental Panel on Climate Change (IPCC). In 2015, he was re-elected for a second term. He worked as an IPCC Lead Author since 1995.

He is also Strategic Advisor of the Euro Mediterranean Centre for Climate Change (CMCC) and a Fellow of the Association of Environmental and Resource Economists (AERE).

Professor Carraro is Co-Chair of the Green Growth Knowledge Platform Advisory Committee and a member of the World Economic Forum (WEF) Expert Network. He is President of the HforHuman Foundation, an organisation whose aim is to support innovation in education.

He has written about 40 books and more than 300 articles on the international coordination of monetary policy, international negotiations and the formation of international environmental agreements, dynamic modelling of climate-economy interactions, sustainable development, climate policy.