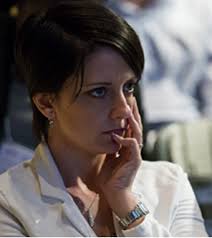 Dr. Elisa Delpiazzo holds a Ph.D. in Economic Policy with major in Quantitative Methods for Economic Policies from the Catholic University in Milan (2011). She gets a master degree in Economics, Politics and International Institutions from the University of Pavia (2006). Elisa is Junior Scientist at CMCC@Cà Foscari in the ECIP (Economic analysis of Climate Impacts and Policies) division, where her research activity focuses mainly on the evaluation of climate change impacts, and evaluation of adaptation and mitigation policies using Computable General Equilibrium (CGE) models. Previously, she has collaborated with Fondazione ENI Enrico Mattei since 2013. She was involved in several international projects dealing with climate change impacts, such as the EU-FP7 projects MEDSEA and VECTORS, both as an economist and a policy analyst. She worked in the EU- FP7 project ECONADAPT, to assess the impacts of climate change on coastal areas, costs and benefits of public financed adaptation measures and the role of mitigation revenues as a funding mechanism for adaptation. Elisa is currently involved in three H2020 projects: EU-MACS and CLARA on climate services and COP21-RIPPLES to assess competitiveness and economic consequences in the EU context of different mitigation pathways in the post Paris world.