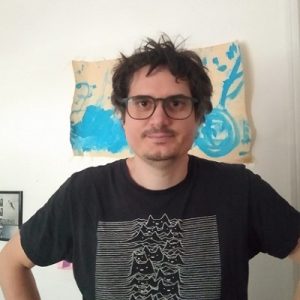 Laurent Drouet is a scientist at EIEE. He holds a PhD in Economics and Social Sciences from the University of Geneva, Switzerland and a Master in Applied Mathematics from the Institute of Applied Mathematics of Angers, France. In 2006-2009, he was postdoctoral research fellow in the Research Lab of Economics and Environmental Management at the Ecole Polytechnique Federale de Lausanne (EPFL), Switzerland. In 2009-2012, he was a researcher at the Public Research Center Tudor, Luxembourg. From 2012 to 2018, he was a senior researcher at Fondazione Eni Enrico Mattei (FEEM). He developed algorithms to couple models of different kind (ie, economy vs climate, air pollution vs energy systems) in an optimization framework. He also developed an open-source energy systems model ETEM which he implemented for Luxembourg. He currently co-leads the development of the WITCH model. He was involved in the implementation of many model components: energy system, economy, land-use, climate, air pollution, mitigation options and impacts.