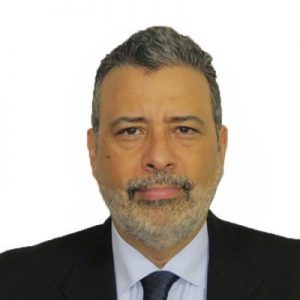 Coordinator and Associate Professor of the International Center for Energy and Environment of the IESA since 2016. Ramon is currently a visiting researcher at EIEE and at the Euro-Mediterranean Center for Climate Change to develop general equilibrium models to study the Nexus Energy – Water – Food Production. He is an economist who graduated from the Central University of Venezuela, Ph.D. in Economics from the University of Colorado Boulder. He entered the oil industry with the company Lagoven in 1990. He worked at Petróleos de Venezuela until 2014, where he was the manager of economic and analysis in the Corporate Planning Office. Before joining IESA, he was a Senior Economist at IDEA International in Panama doing consulting work on fiscal risk analysis and budgeting-for-results in Latin American countries.