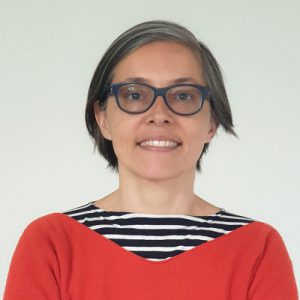 Valentina is a Scientist at the Euro-Mediterranean Centre on Climate Change (CMCC, since 2009) where she is deputy manager of the European Topic Center on Climate Change Impacts, Vulnerabilities, and Adaptation supporting the European Environment Agency, specifically contributing to the updating and maintenance of the European Climate Change Adaptation Platform (Climate-ADAPT). Valentina is also involved in a Copernicus Climate Change Services project, which focuses on tourism.
Her main focus is to develop knowledge, methods and tools to support decision-making for climate change adaptation, disaster risk reduction, urban and land-use planning, urban design, and natural resources management by bridging the gap between data providers and users, including research on climate services. Valentina developed this interest after graduating in Architecture and Planning (1996) working, e.g., in a multidisciplinary group to draft the land-use plan of two medium sized Italian cities (1997-2005). Building on this work experience and through specific studies on environmental management (MEM 2007), she focused first on decision-making processes (starting in 2008), and then, more broadly, on the integration and sharing of local, traditional and scientific knowledge during her PhD (2012).