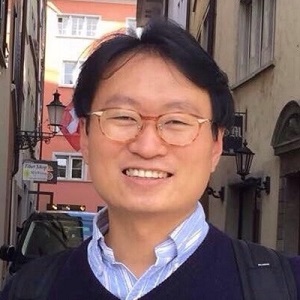 Yeong Jae Kim is a junior scientist at EIEE. He has been a visting professor at KAIST College of Business. He holds a Ph.D. in Public Policy (Environmental Economics) from Georgia Institute of Technology and a Master in Agricultural Economics at Texas A&M University.
His main interest is in applied economic analysis, with a focus on the dynamics of innovation, technology transfer, green growth, and the economic impacts of environmental and energy policies. Core topics of research are the impacts of existing and planned energy and climate policies on key economic outcomes and indicators, such as competitiveness, including trade, productivity, and innovation.
As an environmental economist, he quantified the impact of environmental and energy policy instruments on innovation and the innovation spillovers across sectors and countries, focusing on clean energy technologies. He also explored the extent to which the dynamics of embodied emission in trade are affected by changes in the stringency of environmental policies.
Prior to joining EIEE, he was a senior researcher at the Tyndall Centre for Climate Change Research in the U.K. He worked on the project called SET-Nav. During the project, he operationalised a conceptual framework of energy technology innovation systems developed by Professors Arnulf Grubler (IIASA), Kelly Gallagher (Tufts), Greg Nemet (Wisconsin), and Charlie Wilson (Tyndall). He extended and developed a comprehensive set of indicators to measure influential innovation system processes and applied it in several empirical contexts.