FASST(R) is a fast chemistry transport model, an R version of the reduced-form TM5- FASST model developed at JRC-Ispra, to compute the annual concentrations of several pollutants p, namely SO 2 , NO x , fine Particulate Matter (PM 2.5 ) and O 3 . TM5-FASST is a source-receptor reduced-form model of TM5 full chemical transport model [2]. 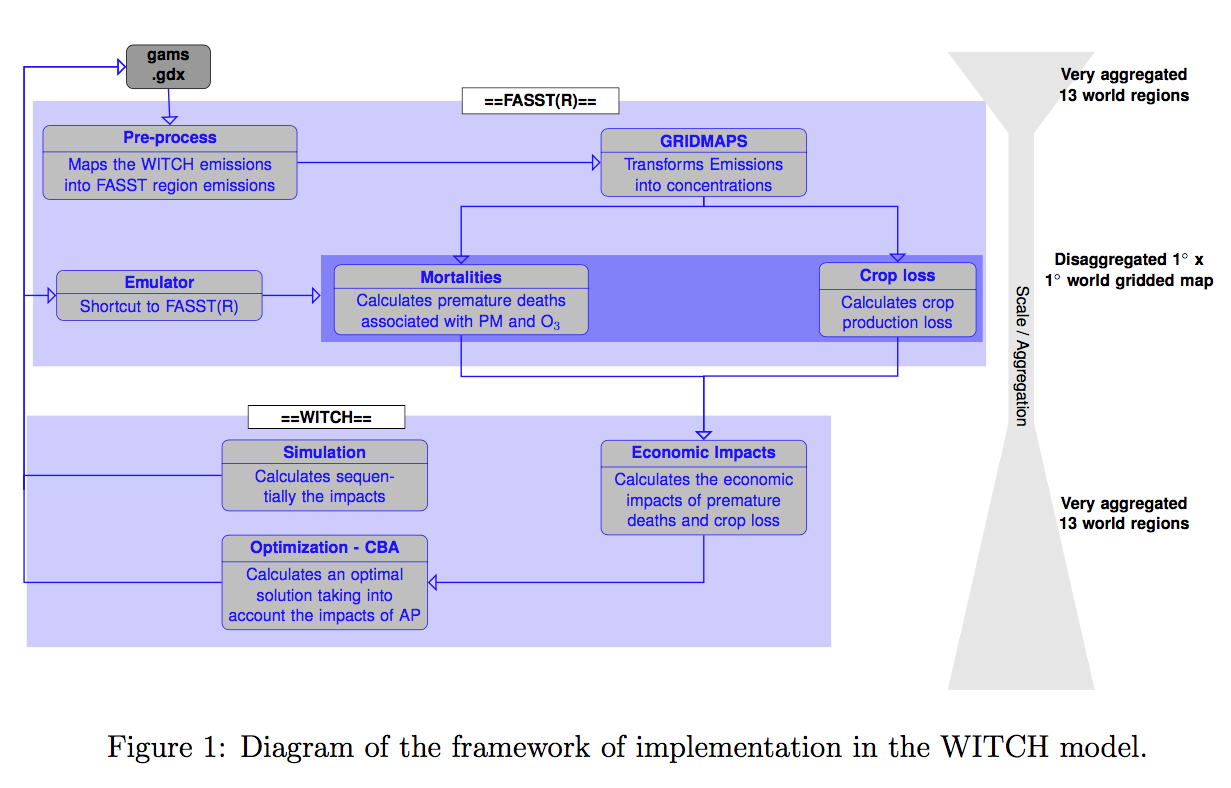 The fine PM 2.5 include Particulate Organic Matter (POM), secondary inorganic PM, dust and sea-salt. The FASST(R) model produces concentrations on a world spatial grid of resolution of 1 ◦ × 1 ◦ . The FASST model has already been previously used in other studies to assess premature death from air pollution exposure [4]. It includes an urban increment algorithm in order to account for the population distribution and the distribution of PM concentrations [3]. The FASST model full validation against TM5 can be found in [5] and more informally in [3]. According to these studies, FASST performs well in comparison with the full chemical transport model TM5 and its reduced form does not compromise the output validity.
The macro-regions emissions are pre-processed in order to obtain world gridded emissions using the Global Energy Assessment [1] as a proxy to disaggregate emissions spatially, as in [3].

This version of FASST(R) was designed to be directly plugged to the WITCH output in order to sequentially calculate the air quality outcomes of a given scenario. It calculates concentrations, premature death from exposure to Ozone and PM 2.5, and crop loss due to Ozone. 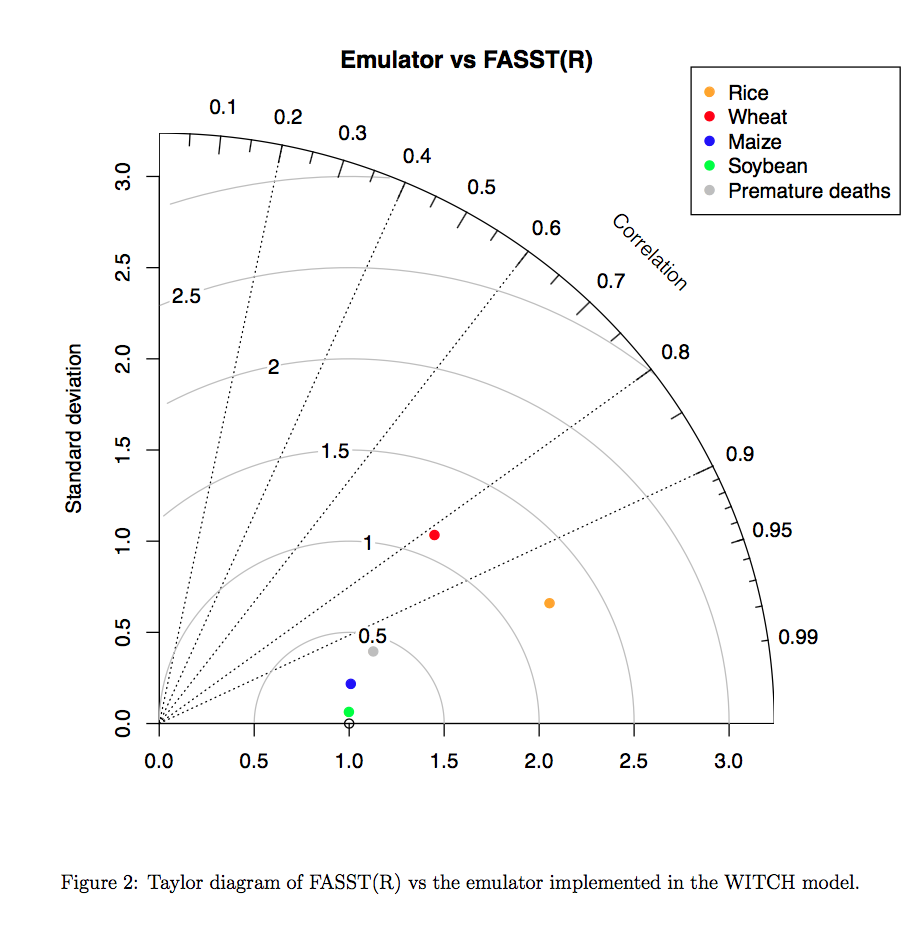